10 Albums That Defined My Childhood

I’m a white boy who grew up in the 80’s, heavily influenced by the music of my father’s record collection, not unlike many children growing up in that era. I believe in many ways, it was these collections that shaped many musicians and singers to become the artists we know and love today. We had no internet to browse through. There was no Youtube where we could easily view what was the most popular music. We had our parents’ vinyl. My dad had music dating back to the early 1940’s in his collection. I was born in 1979 to a father born in 1949 so some of these records pre-dated my father’s existence. It was a different world and this music was an eye into that world. It was fascinating. It didn’t negate all the new music we were exposed to on radio and television either but as a kid back then you were limited at home to listening to the music your parents owned, some of it new but some very old.

In my dad’s collection, there was music of varying genres. As kids in that era, we had no real way of knowing what was the most critically acclaimed. We rumaged through those albums, perhaps seeing an album cover we thought looked cool, listened to it and decided for ourselves if we liked it or not. For me, it was a great way of discovering what resonated with me and what didn’t.

I’d love to see other lists of generation X-ers. This is my list of the 10 albums that definied my childhood:

I can still see the joy on my dad’s face listening to the song ‘You Are’ which probably explains why this song is one of my standouts on the album:https://www.youtube.com/watch?v=DXMDWfLclNY

A little known Lionel Richie song which has always resonated with me from this album is ‘Wandering Stranger’. I love the fact that the song doesn’t conform to a typical pop music song structure. The orchestral arrangement is incredible:

There isn’t much to say here, is there? It’s Michael Jackson’s ‘Thriller” - the entire album is a highlight!

This was Little Richard’s debut album which I only know because I looked it up. As a 5-ish year old kid, I loved every song on this album. I just assumed it was his greatest hits. ‘Tutti Fruiti’, ‘Long Tall Sally’, Slippin’ And Slidin’’, ‘Ready Teddy’. He was pure fire from the word go:https://www.youtube.com/watch?v=eFFgbc5Vcbw

This is what I knew as Van Morrison. This was the only Van Morrison album my dad owned. Little did I know that the rest of the world knew Van Morrison as the ‘Brown Eyed Girl’ singer. It blew my mind when several years ago I googled the album only find that its one his most critisized albums. I get why my dad owned it. Its Van Morrison’s ode to R&B/Soul. The imagery in no way seems to match the sound but that made me all the more curious to listen to it. I still love this album. I adore the horn section. My favourite cuts would be the funk influenced ‘I’ve Been Working’:https://www.youtube.com/watch?v=TbS0bJ9f2U4 (live version)

and another song that made my late dad smile ‘Call Me Up In Dreamland’:https://www.youtube.com/watch?v=TZ_1nnrBJa8 (live version) 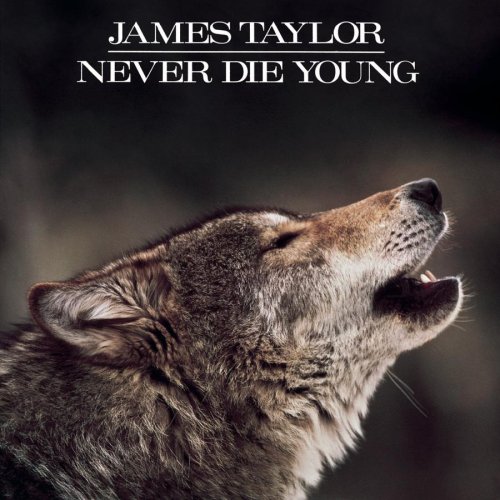 I don’t think many or any of my fans would expect an artist like James Taylor to be on this list. My dad was in no way a fan of folk music but when you are a white man growing up as a teenager in the 60’s and a young adult in the 70’s at the height of that movement, the influence will be inevitable. This particular album was not Taylor in his folk music prime but to a 9-year-old kid in 1988, I didn’t know or care. This still remains one of my favourite albums of all time. Listening to it now in 2017, this album is still so polished sonically. Everything sounds so crisp. This album has some deep historical value to me. Somehow between me growing up and my dad growing older, this album became a distant memory to both of us. My dad had become extremely depressed in the early 2000’s and for some reason the songs from this album entered my consciousness again. The internet was still not a place where you could simply Amazon or Ebay a classic album. I went searching for the CD which clearly wasn’t popular. I couldn’t find it anywhere. I eventually ordered it from a store that imported CD’s. A month later, I had it. I immediately drove out to my parents home so my dad could have a listen. I vividly remember on a Monday evening in late May 2002, my dad in the kitchen in the home where I grew up, listening to the title song ‘Never Die Young’ on a CD Walkman wearing old-school style headphones, humming along, content in the music. It’s the last memory I have of my father. He died 3 days later.

My other favourite cut off the album is a song called ‘Sun On Moon’. This was my instant favourite as kid. I think because of the nursery rhyme-esque style of writing. The harmony arrangment is very R&B influenced and had a big impact on my love for creating interesting harmonic arrangements in contemporary songs: 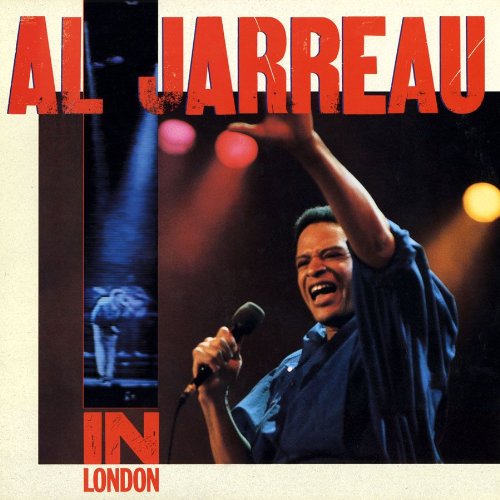 I was, and still am, obsessed with the song ‘Let’s Pretend’. If I’m being truly honest, I hardly listened to the rest of the albums. I must have ruined that part of the record. The song to me was fanstical. It seemed to transport to another plane of exsitence. It’s just a great combo of the live energy of the musicians, a beautifully crafted “pop” song and of course the late Al Jarreau’s infection musical joy. I never saw this particluar live footage live but you can literally hear his smile he when he sings:https://www.youtube.com/watch?v=qxMvySkmRvU

Another notable performance of Al – ‘Black And Blues’:

Admittedly, had my sister, two years older than me, not become an obsessive Michael Jackson fan, I may not have been as MJ-influenced as I was. My dad loved ‘Thriller’ but my sister further carried the flame and convinced my dad to purchase ‘Bad’. It’s another monumental MJ album and looking at the tracklisting now is essentially trying to find the songs you don’t know. ‘Man In The Mirror’ is easily MY favourite song. One of my all time favourite songs. It inspired to me truly believe I could be an artist and create my own music:https://www.youtube.com/watch?v=PivWY9wn5ps

The other song I literally played so much that it would eventually no longer play beyond the bridge: “I can see the sign’s (CLICK) see the sign’s (CLICK)  see the sign’s (CLICK)…” was ‘Just Good Friends’. I love Stevie’s vocals, possibly more than Michael’s. It’s such a monumental duet that a lot of people weren’t exposed to. Bizarrely, my dad didn’t own any Stevie Wonder albums besides ‘The Woman In Red’ soundtrack but these were enough for me to delve deeply into Stevie’s catalogue later in my teenage years and realise that he is one of the greatest artist of all time, easliy in my top 3:https://www.youtube.com/watch?v=isaSLsH8l0c 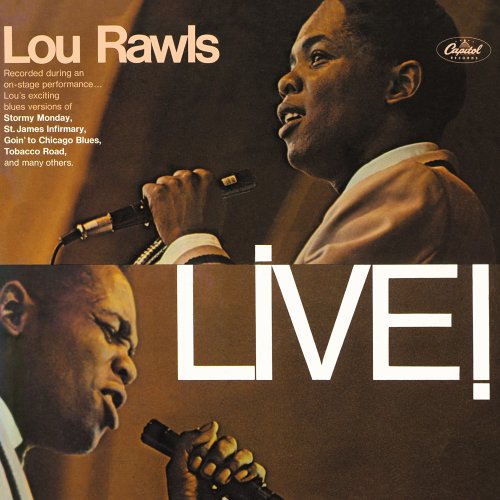 Even before my voice broke and I became a baritone much like Lou Rawls, his vocal tone appealed to me so much. It’s so rich. My dad often sang Tobacco Road and the continuous, slow “boom boom”, the whole band playing the single notes from B (flat) – C was hypnotizing. Lou Rawls spends most of the track giving you the story of the song which is just as hypnotizing and when he begins to sing you feel like you understand the meaning of the blues:https://www.youtube.com/watch?v=INKTkkLNAdk 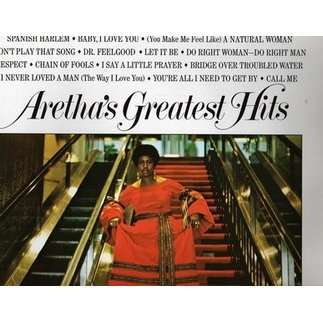 Growing up, it wasn’t so much Aretha’s major hits that had an impact on me but rather the incredible covers she sang. Of course, ‘Respect’ Itself is a cover, so good that it eclipsed Otis Redding’s original version but Aretha’s other covers, which I was exposed to at a young age, were so good that to me they were simply her songs.

Looking back on it now, she essentially gospelized those songs. I only realised in later years when searching Youtube that Aretha was the pianist on many of these recordings and a damn good one at that! The cover of her standing on these red stairs in a red outfit is etched in my memory. When I was younger it looked more like she was standing on her throne…the queen of soul.

As with so many albums we hear as kids for the first time, there’s a natural assumption that the versions we’re listening to are the original versions.

Much like Aretha’s astounding gift to interpret a song and make it all her own, George Benson to me    was a master of this. I think George and Aretha really drilled into me at a young the skill of taking someone else’s song and making it your own. I love his take on ‘the World Is A Ghetto’ which loses no amount of funkiness from the original. I can recite his entire guitar solo, which is due to the fact that I played this song to death:https://www.youtube.com/watch?v=I9HZe5vP5-M